Gamal Palmer, FILL Fellow and Federation’s VP of Leadership Development, shares with us the impact of the FILL Fellowship program and experiences from abroad.

One of my strongest memories from my Jewish journey was when our Hebrew school class went to a Holocaust exhibit at a local Philadelphia college. During our visit, we had the opportunity to hear a US Army veteran tell his story of surviving Normandy and eventually being part of one of the first troops to discover a Nazi concentration camp. I will never forget the graphic details of the veteran’s story. This brave soldier was a Christian man who felt it was his duty to tell the truth about the Holocaust. He was ashamed of his country for not intervening sooner and wanted to be sure something as horrific as the Holocaust would never happen again.

With nine of my colleagues, I traveled to Budapest, Tel Aviv, and Jerusalem in late January. This trip was part of a yearlong internal leadership program for professionals working at the Federation. After eight months of skill-building sessions, we all hopped on a plane together to learn about the diversity of leadership within the Jewish world, meeting many inspirational figures along the way. 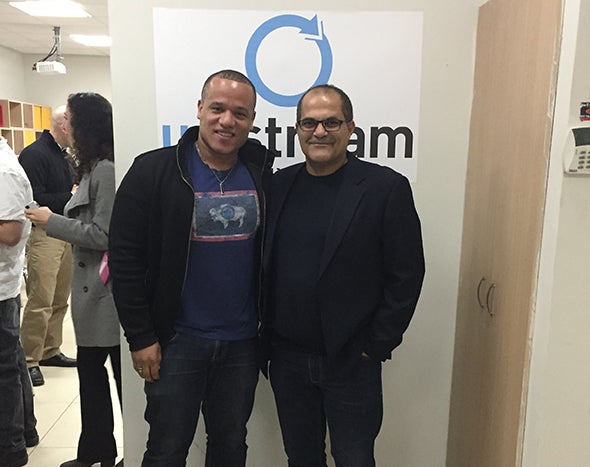 We met with the leader of Unistream, a Federation partner organization that empowers underprivileged teens of all ethnicities and religions by giving them the skillsets they need to build and run their own startups, effectively closing the socio-economic gap in Israel. In fact, 30% of the students participating in Unistream programs are not Jewish. 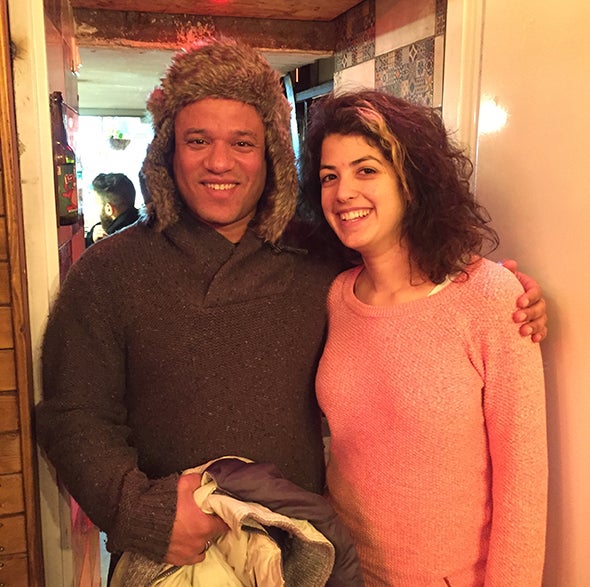 Another leader of note was a young Jewish woman living in Jerusalem, who created an online platform where people from different sectors of Israeli society can publicly share their personal stories and perspectives on current issues. By doing so, they dismantle long-held misperceptions and stereotypes. These two and many other Israeli social impact entrepreneurs are leading the way toward a safer and more inclusive Israel.

However, the woman in the picture at the top is a leader like no other; she is a soldier in her own right. To protect her identity, I will refer to her as Anna. She is a 91-year-old Holocaust survivor from and living in Budapest. Anna was a young lady when the fascist regime took over the Hungarian government and worked with the Nazis to build the Jewish ghetto. After a short time living in horrid conditions, she thought to herself, “I’ll either die here or die trying to leave this godawful place.” One afternoon, full of fear and courage, she quietly packed her pockets with a few essential items and literally tiptoed straight out of the ghetto in broad daylight. A Christian couple hid her for a period (the husband was even an army deserter); eventually, the fascists were onto “sympathizers,” and she had no other moral choice but to return to the ghetto.

Anna is one of the lucky ones to have survived the war, having arrived in Hungary in 1944. Unfortunately, her life journey continued to include horrid events as fascism reared its often unexpected and ugly head over the next 10-15 years in Hungary and the Former Soviet Union. However, she eventually found a man who her friends strongly recommended she marry. We were happy to hear that while they married after knowing one another for only three days, their marriage lasted for 56 years until he passed away late last year. She willingly tells her story to strangers like us so that we remember how easy it is for evil regimes to gain power and destroy inclusive and peaceful societies. I thank Anna and all survivors who bravely tell their stories in the hopes of assuring “Never Again”!

When I left Anna’s apartment, I had a flash memory of the army vet I met as a child during my Hebrew school outing all those years ago. In that moment, I thought about how determined and diverse Jewish leadership has been over the past few decades. Being a leader in the Jewish world often requires us to be soldiers, officially or otherwise. With that said, I want to thank the many soldiers deceased, living, and unborn for their vision, determination, and commitment to preserving the right to be Jewish. We need to remember that our leaders do not always look the way we think they will look, nor do they always share our views. Ultimately, we must expand our perceptions of what it means to be a soldier for the Jewish people.