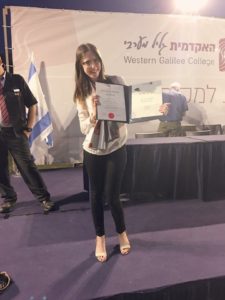 On July 19th, Unistream students and educators, Israeli businesspeople, and Federation leaders convened at Unistream’s Ted and Hedy Orden and Family Entrepreneur of the Year Competition.

Among the many honors presented during the competition was the Unistream Alumni Award, given annually to an exceptional alum who embodies the Unistream spirit.

Read on to hear from this year’s winner Gali Shechtin about her Unistream journey.

Where are you from? Can you share a bit about yourself?

My name is Gali Shechtin and I’m 25 years old. I was born in Siberia, Russia and came to Israel when I was five years old. A year ago, I completed my Bachelor’s degree in Economics and Business Administration from Bar-Ilan University. Until a year and a half ago, I lived in the far north of Israel, and because of a career opportunity, I left everything I knew and moved to Tel Aviv. Now I work in a very large investment house in Israel as Deputy Department Manager while I study investment portfolio management.

Which Unistream center did you attend, and what was your role/project? 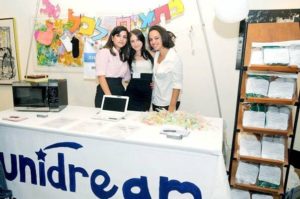 I attended Unistream at the Maalot-Tarshiha center nine years ago, where I was my group’s Chief Financial Officer. At the time, apps did not exist like they do now, so we set up a line of ecological products. My job was to raise money to develop and produce the products and to allocate the funds correctly and wisely.

As part of my work, I contacted businesspeople in Northern Israel to organize donor evenings at which we presented our products.

What impact has Unistream had on your life, and how has its impact continued to affect your life upon graduating? 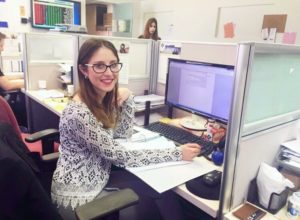 My experience with Unistream taught me quite a bit about business, marketing, and product development. Think about it – at the age of 16 I set up a startup, and at the age of 18 I had already sold it on the market.

Unistream has had a very big impact on my educational and professional life. First, I chose to study economics and business administration because of my experience with Unistream. As part of the Unistream Alumni Program, I attended workshops, lectures, and training on a variety of topics, which will enable me to easily integrate into the business community in Israel. As part of the program, my resume was also sent to several companies in the capital market in Tel Aviv. 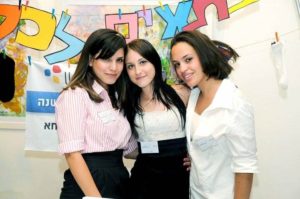 During that time in the program, I was still living and studying in the north, and I worked as a cashier in a grocery store. I did not know what I would do after finishing my degree, and I was not planning to move to the center of the country — I was a bit lost. I felt that I could not fulfill myself because I grew up in northern Israel, in the periphery, where there are only factories and shops and nowhere to build the kind of career I wanted. I was also in the last semester of my degree and spent most of my week studying.
Because of all of this, I thanked Unistream for their help and concern, but I did not really expect anyone to come back and accept me to work under such conditions.

However, the day after Unistream sent out my resume, I received a call from IBI investment house, and since then my life has changed dramatically: I moved to Tel Aviv, learned to take care of myself, became independent, continued to study in addition to working, and received a promotion after only half a year!

And now I am Deputy Department Manager and a senior representative in the field of portfolio management.

Are you still involved with Unistream as an alum? 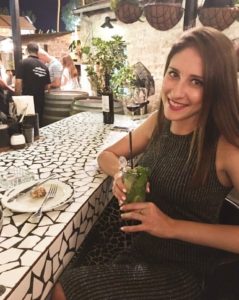 I am absolutely still active! Unistream has given me so much, so I feel that I must do everything I can to justify everything I received from them.

I attend almost every activity that Unistream organizes, volunteer to help if needed, am interviewed for newspapers and magazines in Israel and abroad, and tell my special story whenever I have the opportunity.

Congratulations on winning this year’s Unistream Alumni Award! How did it feel?

The truth is that I am still in shock. I did not imagine and did not expect to win anything at all! I just came to the competition to help — I did not know that such a prize existed, and I certainly did not know that I would win first place. Nine years ago, when I competed in the Unistream Entrepreneur of the Year Competition, this prize did not exist at all! 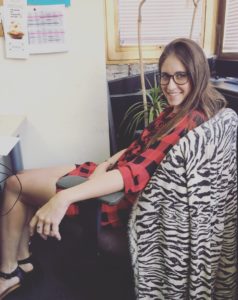 When they called my name, at first I thought I was imagining it. But when the other alumni around me started pointing at me, and the rest of the thousands of people in the hall began to applaud, I realized that they were waiting for me to get on stage.

I do not remember much — I only remember that I shivered, went up on the stage, and just froze until the host took my hand and led me to the middle of the stage to receive the prize.

I would like to say a huge thank you to everyone who attended, contributed, and took part in this event. This award proves to me that hard work pays off.

What do you think people in L.A. should know about Unistream’s impact? 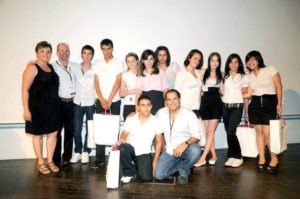 I will emphasize that it is a program that changes the lives of young people who live in places where there are not too many opportunities. The program gives us tools that enable us to move out of the periphery and reach key positions in professional industries and in the Israeli business community.

Without Unistream, I would not have been able to change my life this way, and I think that other young people from the periphery deserve the opportunity to change their lives as well.

To learn more about the Federation-Unistream partnership and to get involved with our Federation’s work, e-mail AWeiner@JewishLA.org.