In her breakout session at the International Lion of Judah Conference (ILOJC) in New York earlier this month, keynote speaker Rabbi Sharon Brous of IKAR in Los Angeles was asked to explain how she measures success. She replied that one obvious metric is simply to discern if someone has been inspired to act. Well, by that measure the ILOJC was a triumph, raising more than $27.2 million for our worldwide Jewish community’s 2015 Annual Campaign from the 1,400 women in attendance and an additional $1.8 million for Israel in its time of crisis.

Lions of Judah are generous philanthropists who each make gifts in their own name of $5,000 or more to women’s campaigns of Federations from across North America.  Altogether, 68 Los Angeles Lions – 41 from our Sylvia Weisz Women’s Campaign and 27 from our Valley Alliance Women’s Campaign – joined their sisters representing Federations all over North America and Israel at the Conference, learning from powerful women presenters about the spectacular and wide-reaching impact they have made with their fundraising efforts as Lions of Judah. The Los Angeles group, led by Sylvia Weisz Women’s ILOJC Chairs Lynne Brookman and Wendy Marcus and by Valley Alliance ILOJC Chairs Lena Labowe and Allyn Levine, pledged nearly $1.2 million for our 2015 Annual Campaign and an additional $19,600 to be utilized immediately for our Israel Terror Relief Fund.  We are proud that Sue Meltzer and Jill Namm were the 2014 Kipnis-Wilson/Friedland honorees from Los Angeles, well-deserved recognition for their many years of leadership within our community.

In addition to Rabbi Brous, who was introduced by Sylvia Weisz Women’s Campaign Chair Heidi Monkarsh, ILOJC speakers included Second Lady of the United States Jill Biden; former New York Governor George Pataki; and LA Young Leader Molly Rosen, who spoke about a program she began on her campus at the University of Michigan to combat anti-Israel sentiment and her efforts to replicate the program in other markets.

Check out photos of our Lions of Judah at the conference:

Our LA Lions invited the Lions from Israel to join their private opening night reception for an intimate opportunity to offer support and hugs for the difficult times they are experiencing back home. Indeed, several would-be Israeli Lion attendees opted to remain in Israel, while their children served with the Israel Defense Forces. Also, at the reception, LA Lion and Wells Fargo executive Shelly Freeman was thanked for Wells Fargo’s generous sponsorship of ILOJC.

On the final day of the Conference, audible gasps of emotion could be heard as the parents of slain Israeli teen Gilad Shaar were introduced.  Preceded by a short video highlighting all the worldwide rallies to “bring back our boys,” the Shaars thanked attendees for uniting in support of Gilad, Naftali Frenkel and Eyal Yifrach, and spoke movingly about their son, his values and their longing for just “one more week” with him.

“The 2014 International Lion of Judah Conference was epic in its magnitude, its inspiration and its heart,” said Lynne Brookman. “With Israel in our thoughts and prayers, it was an extraordinarily powerful and meaningful time for our community to bond, to forge new friendships and to make new commitments.  The recurring themes of hope, gratitude, finding the light and the power of love permeated the conference.  We shared laughs, some tears, but mostly our enduring passion and desire that we can and we did make a difference, together.”

“It was very meaningful and powerful to come together with so many women united in one common, caring purpose.  Many of the keynote speakers and breakout sessions were outstanding. The opportunity to bond with other Jewish women from across North America and Israel was priceless,” said Lena Labowe.  Her enthusiasm was echoed by Allyn Levine, “Rabbi Brous spoke of each of us having the power within us of ‘holy chutzpah,’ the calling to stand up for what is right and just in the world. It was the perfect way to open the conference and as it unfolded and I met more and more incredible, philanthropic women, that value was evident to the power of 10.”

Perhaps the ILOJC was best summed up by Wendy Marcus, “The Lion of Judah Conference represents an opportunity for Lions from all over the world to come together for three fabulous days of inspiration and learning.  I encourage all Lions to try and attend the next Lion of Judah Conference; you will be uplifted and invigorated by the incredible sisterhood of our Lions.  It is simply wonderful!”

To learn more about getting involved in Women’s Philanthropy with The Jewish Federation, or the next ILOJC in Washington DC on September 11-13, 2016, please contact Amy Popkin of our Sylvia Weisz Women’s Campaign at (323) 761-8275 or Jenna Fields of our Valley Alliance Women’s Campaign at (818) 668-2340. 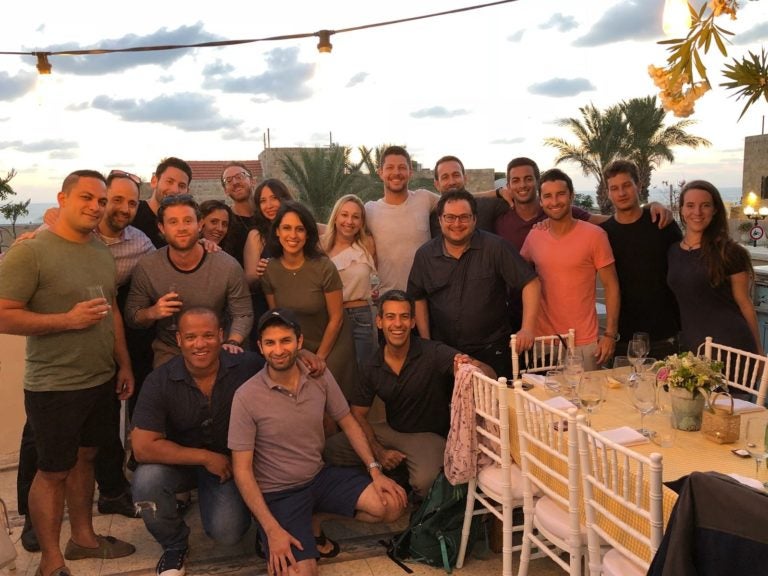