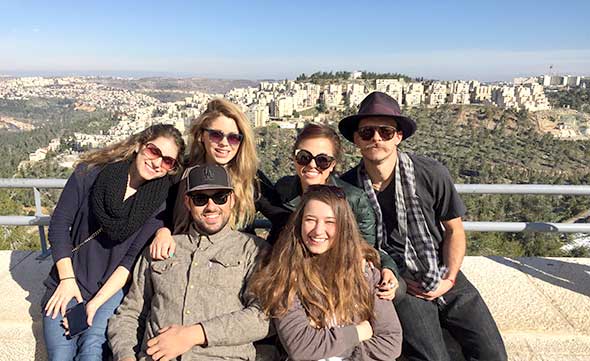 Born in Russia, Sasha Karlova didn’t know she was Jewish until she moved to the U.S. with her parents at just six years old. She attended a Jewish day camp and began celebrating Passover and Rosh Hashanah with her grandparents after they later immigrated to the U.S. But besides learning the Hebrew alphabet and some Jewish stories, songs and prayers when she was young, Sasha never felt like she was fully connected to the Jewish community.

She searched for community everywhere. During her college years at UCSB, she tried joining a Russian club, sports teams and other organizations. But despite her efforts, Sasha never clicked with these groups on a deeper level. “I just never felt like I fit in or really got what I was looking for,” she said.

After hearing friends rave about their amazing experiences on Birthright Israel, Sasha applied, but was initially denied due to confusion about her parents’ lack of Jewish identity. Though she was disappointed, Sasha thought nothing more about it until one fateful day when she met Karen Sternfeld, our Federation’s Sylvia Weisz Women’s Philanthropy Senior Associate Director, while working at the Zimmer Children’s Museum. What began as a tour of the museum quickly led to Karen hearing Sasha’s story. Karen insisted that she reapply.

Once the confusion was cleared up about Sasha’s Jewish background, she was accepted into a Birthright Israel LA Community Trip through Israel Outdoors — coincidentally on the same bus as Karen’s nephew Sam! The trip departed on February 15th, 2015 from LAX — and it changed Sasha’s life. 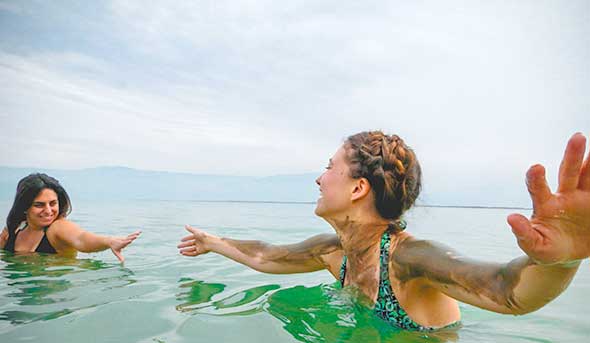 “There are so many highlights, it’s really tough to narrow it down,” said Sasha. “I really enjoyed visiting Tsfat, where a rabbi told us about the Torah and kabbalah. Swimming in the Red Sea — this was such a surprise! We got to go on a boat…there was music and everyone in our group started dancing. Then the boat stopped and we got into the water, which was the most beautiful shade of blue, and there were purple jellyfish all around. That was truly magical. Yad Vashem was a very spiritual and emotional experience. Out of all the experiences on the trip, it really touched me the most. It made me think of my family and their journey. Another highlight was meeting such amazing people and feeling a sense of community, like I belonged. This was really unexpected for me. I’m so close with many people from my trip and we all really look forward to getting together.”

At the end of her journey with Birthright Israel, the group leaders took Sasha aside and told her about the Kahn Fellowship, which offers Birthright participants the tools, skills and resources to create meaningful Jewish experiences for their peers throughout L.A. At first, Sasha felt very shy about this opportunity. “It usually takes me awhile to open up and be myself,” she said. “Hearing their confidence in me was really amazing so I decided to apply.”

As luck would have it, Sasha was selected and began her fellowship in March of last year. The first event she co-hosted with Kahn Fellow Jordan Wolfbauer was a unique Passover seder during a camping trip in the desert outside of L.A. Sasha and Jordan also planned a Rosh Hashanah celebration, several Shabbat dinners, a trip to the renowned Wexler’s Deli at Grand Central Market, and a volunteer day with Tree People on Tu B’Shevat, uniting her peers for further connection to one another and their Jewish identities. “It has been a really amazing and inspiring role to be a Kahn Fellow,” says Sasha. “It has taught me what my strengths are and I have grown as a leader.”

Before her Birthright experience, Sasha says she never felt “Jewish enough” because she hadn’t practiced the religion from a young age. “When someone asked me if I was Jewish,” she explained, “my ‘yes’ would not be a confident one. After Birthright, I feel that I can really own my identity. Not only did I learn so much, but I acquired a sense of confidence about being Jewish.”

Sasha is living proof that Birthright Israel LA Way offers so much more than just a free trip. It’s an ongoing journey of Jewish self-discovery and connection that continues to this day.

For more information about our Federation’s Birthright Israel and Immersive Experiences, please contact Margalit Rosenthal at (323) 761-8208 or MRosenthal@JewishLA.org.