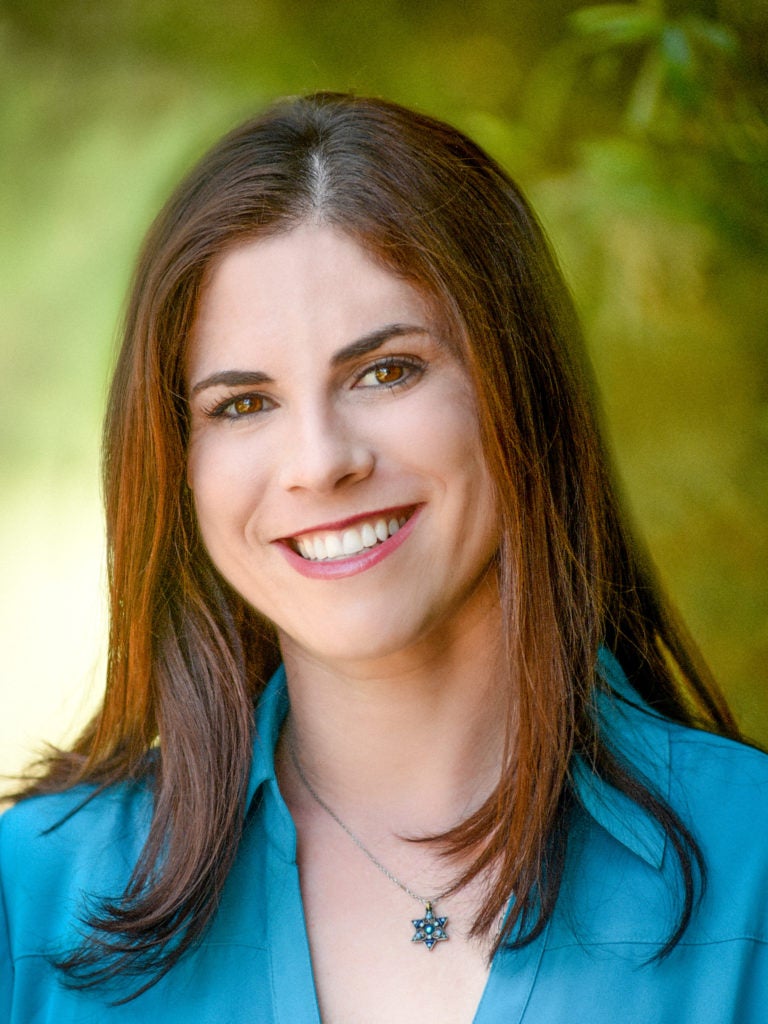 Lia Mandelbaum is the Director of Programming and Engagement at Temple Beth Am in Los Angeles. She has been a blogger for the Jewish Journal and has also been published in the Jewish Daily Forward; GrokNation; Interfaith Observer; Jewels of Elul, Charter for Compassion; National Association of Social Workers; Boyle Heights Beat; and The Shift Network. She has participated in the NewGround Fellowship and Jeremiah Fellowship with Bend the Arc and is a current participant in The Jewish Federation of Greater Los Angeles’ Rautenberg New Leaders Project (NLP). She shares with us her experience in the NLP program thus far.

On Tuesday, June 5th, after leaving the parking lot at Temple Beth Am, where I work as the Director of Programming and Engagement, I headed straight to my assigned polling place to cast my ballot for the 2018 state, county, and local elections.

It felt bashert — meant to be — that my polling place would be a Korean church after having just spent time in Koreatown only two days prior as a part of our June Rautenberg NLP session called, “The Politics of Race in Los Angeles.” And then there I was, standing in line to cast my vote in a Korean community that had opened its doors for California voters from all walks of life to engage in the democratic process.

Our June session took place in three locations, which included Temple Beth Am, Radio Korea in Koreatown, and a Methodist Church in South L.A.

We kicked off at Temple Beth Am, where we screened the perfect documentary to set the tone for the session, “Bridging the Divide: Tom Bradley and the Politics of Race.”

The documentary was about Tom Bradley, the five-term mayor of Los Angeles from 1973-1993, and the son of sharecroppers and grandson of a slave. The film highlighted how Mayor Bradley “united a divided city through a unique multi-racial coalition, ushered in police reform, and transformed American politics.”

I felt deeply inspired by his story and wondered why I hadn’t really heard much about him beyond recognizing his name from the Tom Bradley International Terminal at LAX airport. In reading more about Bridging the Divide, I found out that co-producers Lyn Goldfarb and Alison Sotomayor were shocked by the lack of information about Mayor Bradley as they began to research his story for the film. I read that Goldfarb said, “We quickly realized there was not even a full biography.”

One thing the film really helped me with was a greater understanding of the Rodney King riots and the racial tensions between the Korean American and African American communities at the time. While I had known that Rodney King was beaten by four white LAPD officers who were later acquitted, I had not been aware that just two weeks later Latasha Harlans was shot and killed by a female Korean South L.A. liquor store owner. Although Harlans’ death deeply affected African-American and Korean-American relations in L.A., Rodney King’s case overshadowed hers on the national stage.

From Temple Beth Am, we got on a bus and headed to Koreatown. Standing as a group in front of the Radio Korea building on Wilshire Boulevard, we heard from Hyepin Im, the President/CEO & Founder at Faith and Community Empowerment (FACE), formerly Korean Churches for Community Development. FACE’s vision is to create a platform to advance the Asian-American community’s participation, contribution, and influence through faith-based and community partnerships.

Im touched upon the Rodney King riots, which seemed to be the single most significant modern event for Korean Americans. She mentioned that the LAPD refused to protect Korean-owned businesses during the lootings, and how there was half a billion dollars of damages. I also learned how there had been a peace march in Koreatown during the riots, where an estimated 30,000 people of all different backgrounds came to show support for beleaguered merchants. 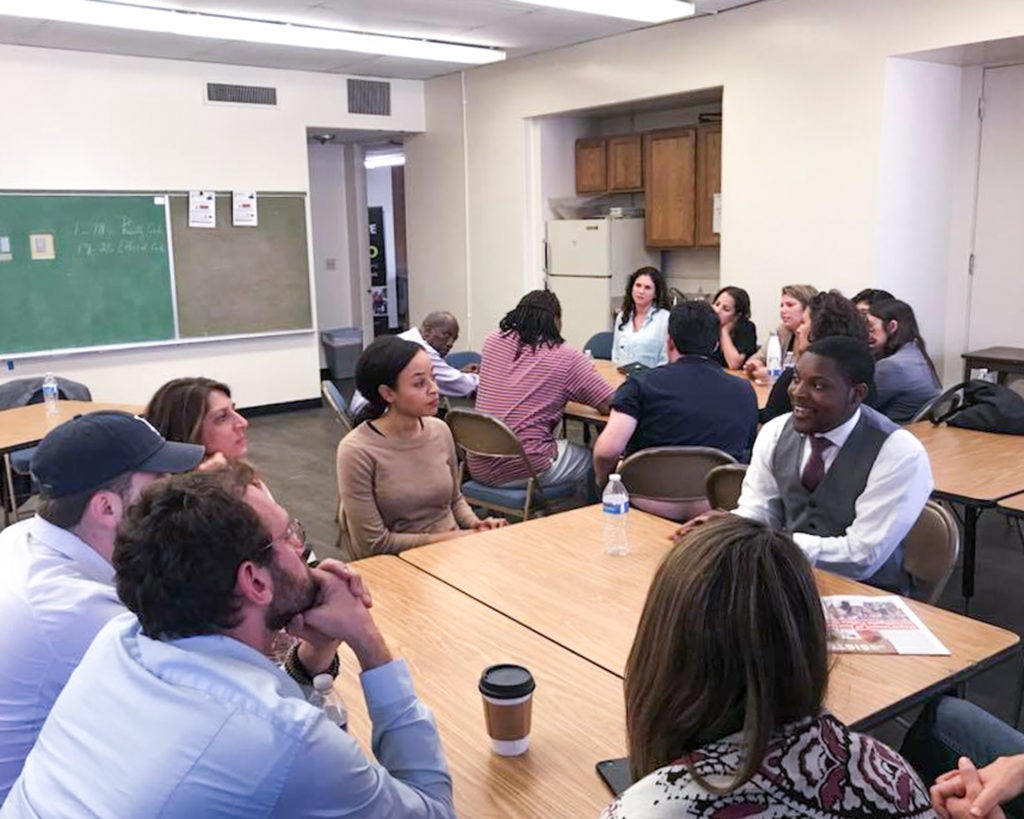 We then took a trip to a Korean mall and some of us had boba. From the mall, we headed to our final stop, which was at Holman United Methodist Church on West Adams, which is a multi-racial, -ethnic, and -generational congregation.

After a very warm welcome, we heard from a panel and then broke out into groups with Senior Pastor Rev. Kalvin Sauls and Rev. Oliver Buie with Holman; Pastor Eddie Anderson with McCarty Memorial Christian Church; and Pastor Cue Jn-Marie, founder of The Row Church in the heart of Skid Row.

Rev. Sauls is originally from the south side of Johannesburg in the Republic of South Africa, but moved to the U.S. in the 90s to further his higher education. For me, it was incredible to hear how his experience with Apartheid influences his current work around the issues that all of the speakers seemed to be deeply invested in — including racial justice, economic equity, gender equality, and environmental restoration. 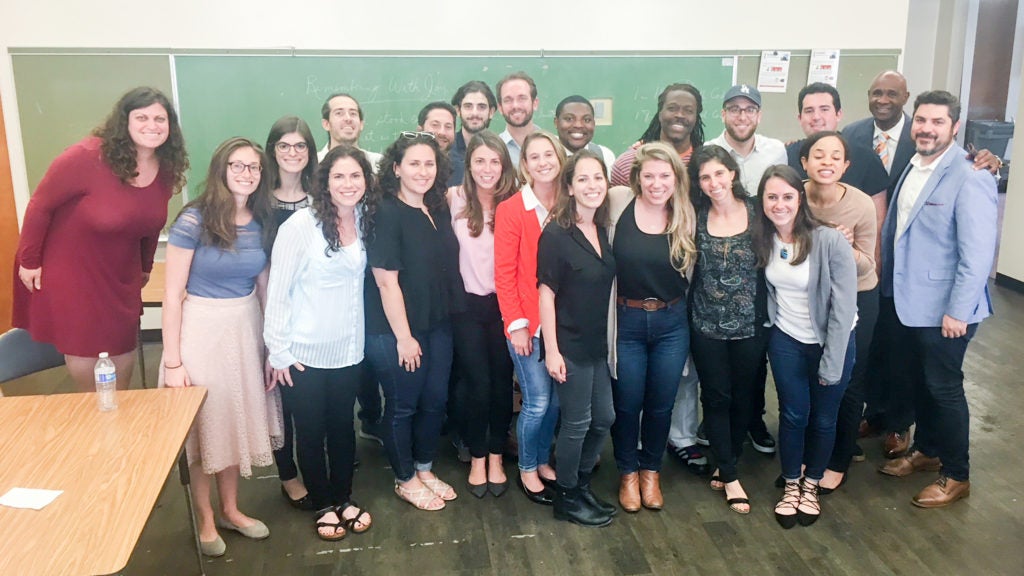 Pastor Cue Jn-Marie has an incredible story as the founder of THE ROW, aka “The Church Without Walls,” located on the corner of Wall & Winston in Downtown Los Angeles, in the middle of Skid Row.  Pastor Cue was a former Virgin Records rapper-turned evangelist/activist who left the music industry in 1994. Congregants include those living on the street, living in the SRO apartments throughout downtown, and commuters all the way from Orange County to attend weekly Friday night services.

I found Pastor Eddie Anderson of McCarty Memorial Christian Church on West Adams Boulevard to be particularly interesting with regard to building community membership. Like many religious institutions across the U.S., membership and engagement was low at McCarty when Eddie became Pastor. Pastor Eddie, who also works as a Regional Community Organizer with LA Voice, said that the key to his success in growing the community had to do with “walking our talk.” Throughout the week, various social justice/service organizations are given the space in the church to carry out their missions. “It’s not the Sunday services that are most important, but what happens in our building on all of the other days of the week.”

After a day of learning about our great city, we left Holman Methodist United Church and headed back to Temple Beth Am to conclude the session. 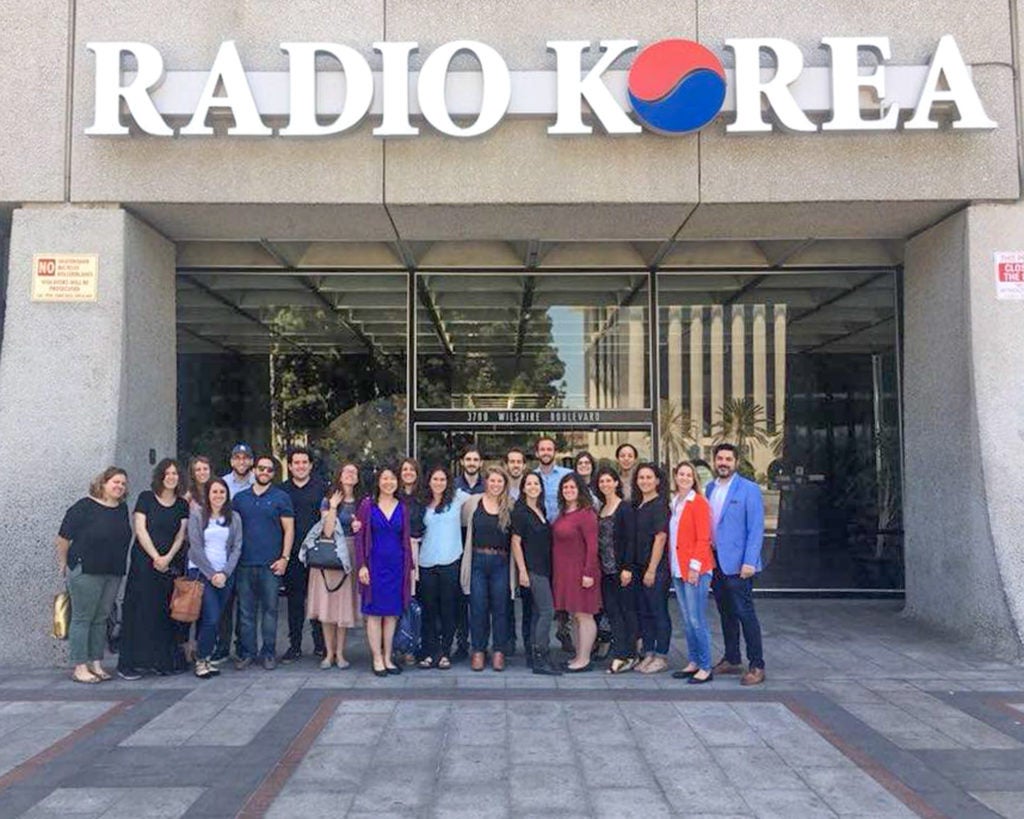 Throughout our NLP session, the main message I took away is that the most effective act people can do is to go beyond their comfort zone and reach out to those outside their class, race, and upbringing, releasing judgment on how easy or hard they may think another’s childhood was — because the fulfillment of being seen, heard, and accepted is the most powerful generator of the human spirit and bridging the divide.

For over 25 years, The Rautenberg New Leaders Project (NLP) has provided unique opportunities and training to elevate the next class of outstanding Jewish civic leaders in Los Angeles. With a commitment to the Jewish tradition of social responsibility, NLP empowers participants to hone their leadership skills and gain a deep understanding of the diverse fabric of Los Angeles while working with elected, civic, and community leaders to address some of the most critical challenges facing our city. To learn more about NLP, visit www.YAJewishLA.org/NLP or e-mail NLP@JewishLA.org. 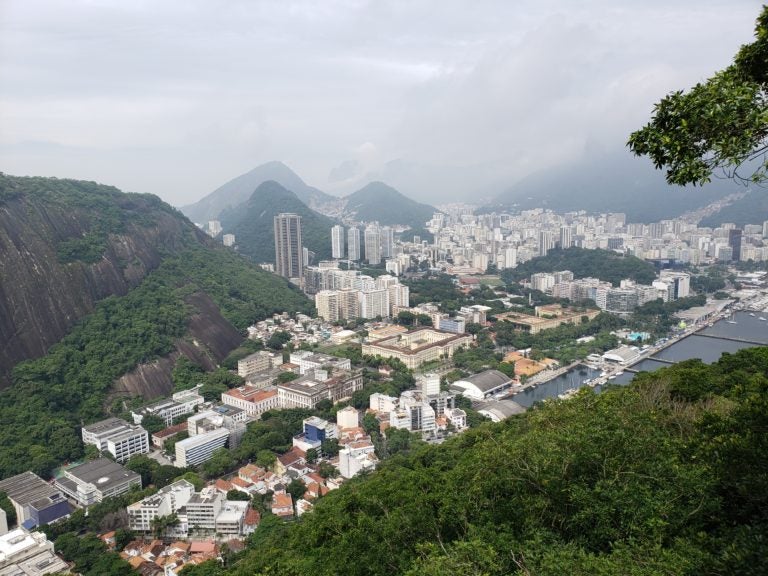 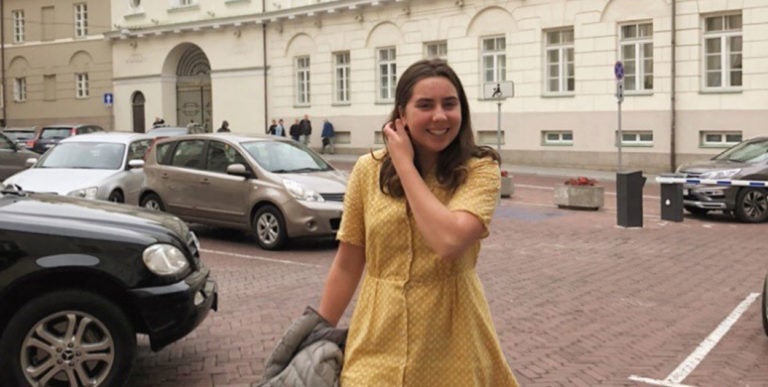