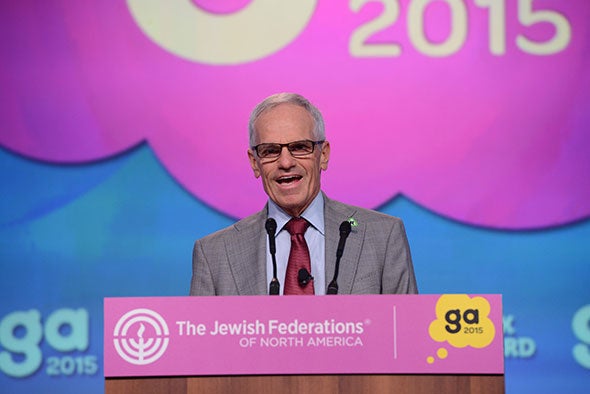 When Richard Sandler was inducted as Chairman of the Jewish Federations of North America (JFNA) at the recent General Assembly (GA), over 100 lay leaders and professionals from Los Angeles were there to celebrate at a reception held in his honor by Federation CEO & President Jay Sanderson.

“History was made when our own Richard Sandler became the first JFNA Chair from the West Coast.  Richard’s election solidifies our Federation’s role as a national leader,” said Sanderson. “Richard will bring the visionary leadership that helped transform our Los Angeles to the national Federation system at a critical time for our Jewish world.”

In addition to hearing from visionary lay leaders like Richard Sandler, those who attended the GA had a chance to learn best practices and meet other communally-minded individuals from North America. Here are reflections from two of our young professionals:

“The conference expanded my professional network and opened my eyes to the current challenges that affect the Jewish sphere. I attended a variety of sessions related to millennial engagement and program evaluation and assessment tools, and learned about creative solutions to the challenges of working with the young adult population. I also met and mingled with many college students — over 100 Hillel students were in attendance! — something I do on a regular basis as part of my job at Federation.

My favorite part of the conference was being able to build relationships and partnerships, whether they existed prior to the GA or came about as a direct result. One encounter that stuck with me was meeting a Hillel student from the University of Michigan who is interested in being a Jewish communal professional following her graduation next year. We had several productive discussions during which I provided her with guidance and career advice, and I know our mentor-mentee relationship will continue well past the conference.”

“As a JFNA Federation Executive Recruitment and Education Program (FEREP) scholar, I was honored to attend the GA for the second consecutive year with 15 of my fellow program participants. It’s always such a nice opportunity to get together with my peers from all over the country who share the same investment in our Jewish future. FEREP trains us to be the next generation of Federation executives — and Jewish leaders — and the GA provides a forum to bounce ideas off of each other and find out what’s new and exciting in our personal and professional worlds.

I was proud to see our Federation praised for being innovative, for pushing the envelope, for assessing roadblocks and trying out experimental detours to circumvent them. Tour de Summer Camps, our Federation’s community-wide cycling event that gives more L.A. kids the invaluable experience of Jewish summer camp, was highlighted as an example of the ground-breaking work we do. With a lively presentation on how to create a unique fundraising event, Tour de Summer Camps creator and longtime Federation supporter Rodney Freeman shared how he transformed his passion into reality.”

Over 3,000 people gathered at this year’s General Assembly from November 8-10 in Washington, D.C. The GA featured an assortment of Jewish figures — Israel Deputy Prime Minister and current Chairman of the Jewish Agency Natan Sharansky, Israeli Prime Minister Benjamin Netanyahu, actress Debra Messing, and more — and brought together Federation professionals from across the nation. Next year’s will take place again in Washington, D.C., followed by the 2017 GA in Los Angeles. 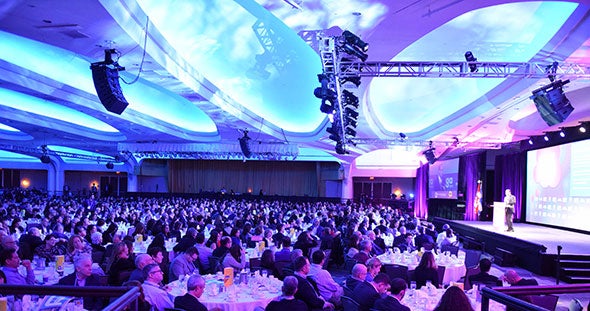 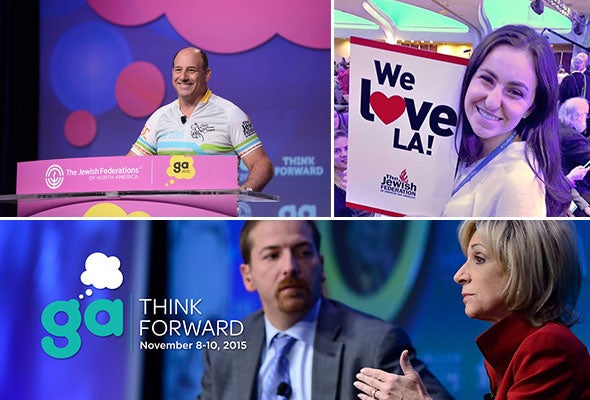