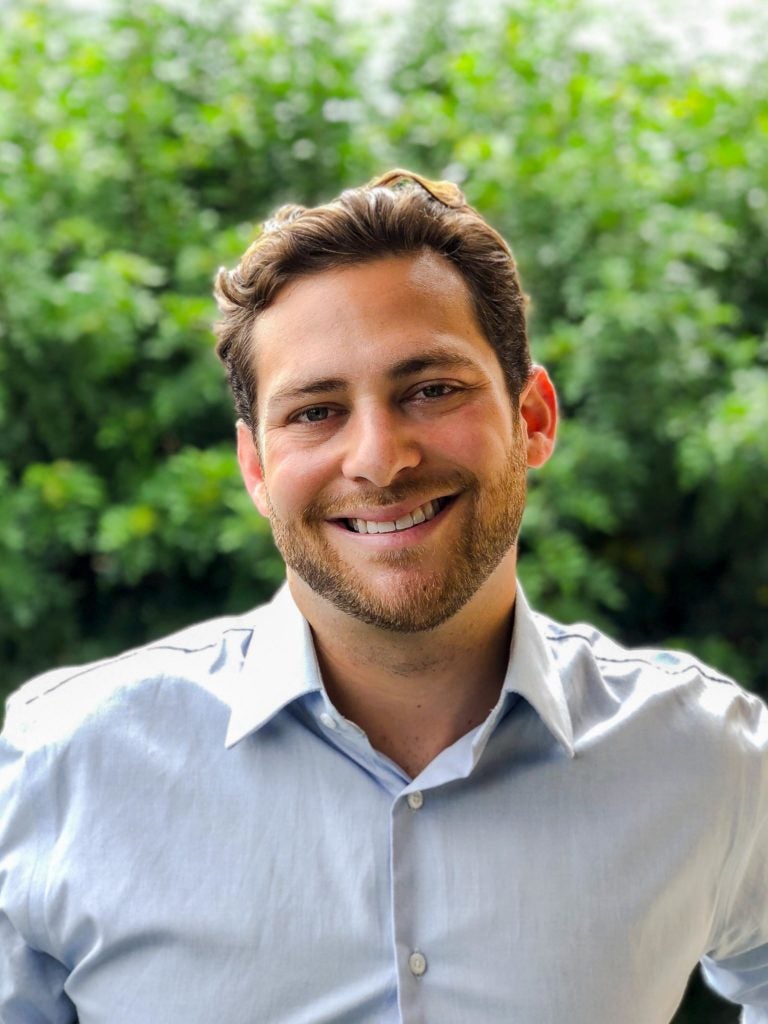 The Federation’s Community Leadership Institute (CLI) is a highly competitive training program for the future leaders of Jewish institutions and non-profit organizations across Los Angeles. An incredible opportunity for young professionals ages 25-40, this 15-month leadership training program provides the tools, knowledge, and connections needed to become an effective Jewish communal leader. CLI participants attend monthly meetings and workshops, honing their leadership skills and learning all about Jewish non-profit initiatives in L.A. They travel to Israel with other participants, deepen their connection to the global and local Jewish communities, and cultivate relationships with esteemed leaders of the Jewish community.

Jordan Davidovitz, current CLI participant, recently traveled to Israel for 10 days this past summer with CLI. Read more about his experience!

One of the first things you notice when visiting Israel is how strikingly beautiful it is. From the lush hills in the North to the glistening Mediterranean beaches in Tel Aviv, anyone who’s been there has experienced the contrast between what Israel is and what some people imagine it to be: a militaristic conflict zone in the desert. At the same time, it is impossible to deny that at least in some ways both versions are true. More like a modern oasis in the desert, Israel is as beautiful and vibrant as it is confounding and complex. It is a place unlike anywhere else in the world, yet like so much of the world today, it is also incredibly divided. Socially, politically, and economically, it is a place of tremendous growth and opportunity, while at the same time not everyone has equal access to it. Like our own society, it is far from perfect, but incredibly worth the pain of striving and innovating to make it better. Over the course of our 10-day journey in Israel, I was truly inspired by some of the people I met there — Jews and Arabs alike — who are doing just that. They inspire me not simply because of the adversity they face, but because of how they choose to react to these challenges. At a time in human history when it is easy to be cynical, they choose instead to push forward and transform their community’s adversity into something positive. In doing so, these ordinary people become extraordinary catalysts for change and exemplify true leadership in a world that so desperately needs it. 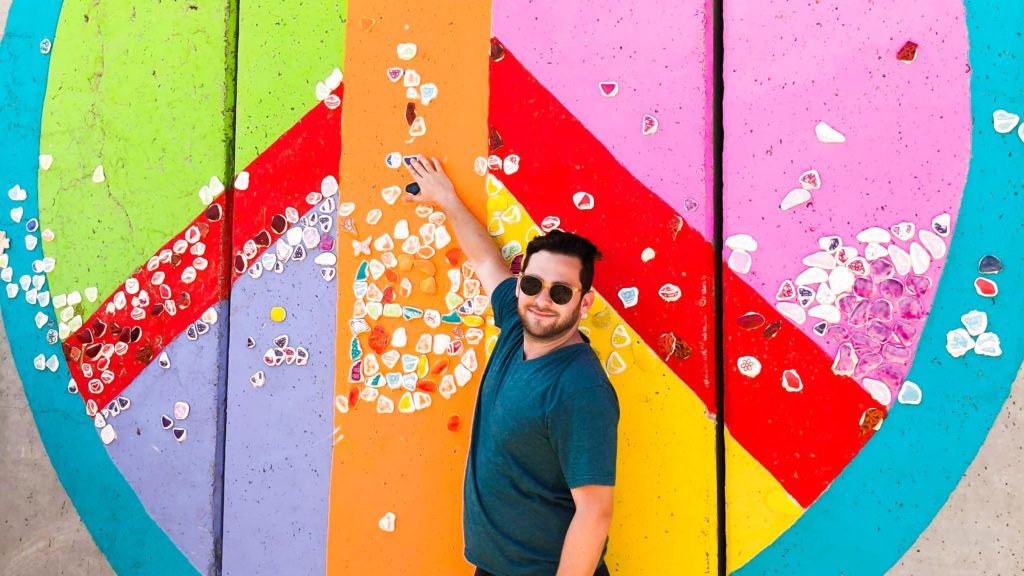 In a discussion about Israel’s history, The Jewish Federation’s Senior Vice President of the Israel Office, Aaron Goldberg, aptly stated that Israel “is a country living with PTSD.” In a way, this could even describe the Jewish experience as a whole. The fact that Jews have been unfairly persecuted throughout history is something that affects us on a psychological and even genetic level. I am not ashamed to admit that my own family has suffered from the multi-generational effects of Holocaust trauma, so it’s not inconceivable to me that a country formed in the wake of the Holocaust to ensure the survival of the Jewish people would have some of that woven into the fabric of their society. When you compound that with the very real threat of being surrounded by larger enemy countries — and the constant barrage of actual rocket fire coming in from your next-door neighbor — you’re left with an impossible pressure cooker that makes any level of restraint much easier said than done. Regardless of your feelings on how the Israeli government handles that delicate balance (I’ll spare you mine), I can tell you that the ordinary people I met who live through this daily reality are handling it with more courage and integrity than I could possibly imagine. Tsameret Zamir, a local artist and creator of Nativ L’Shalom is one of those people. She lives in Moshav Nativ HaAsara, a town on the Southern border that sits just meters from the concrete separation wall between Israel and the Gaza Strip. It is a town where residents — ordinary men, women, and children — live under constant threat of incoming rocket fire from Hamas. Most people in that situation would do anything in their power to leave, or simply live in fear and anger. Not Tsameret. Instead, she reacts by using her artistry to transform that cement wall from a symbol of division into a symbol of unity and hope. It now stands decorated by a colorful mural, which reads “Nativ L’Shalom,” or “Path to Peace” in Hebrew, Arabic, and English. It sits on a rare section of wall that is visible to both Israelis and Palestinians on the Gaza side. Today, her mural is not only her project; it is a community project that welcomes anyone to contribute by adding a tile. As I placed my own tile on the wall, I couldn’t help but smile with gratitude for Tsameret’s extraordinary leadership and the possibility she created for Palestinian and Israeli children to see a message of hope that might one day spark a peaceful dialogue between them. 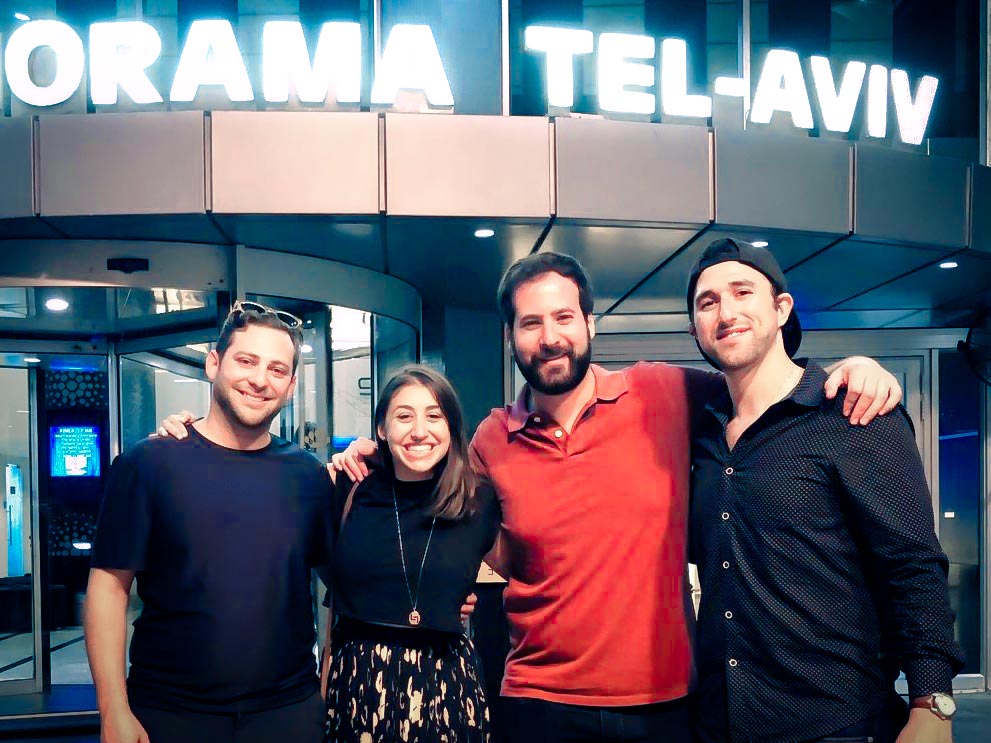 Something that came up a lot during our trip was Israel’s moniker as the “Start Up Nation.” It refers to the miracle that is Israel’s economy, which actually is no miracle at all when you consider how the culture there enables it to thrive. If you’re wondering how a country with only nine million people that is only 70 years old can have the third most companies listed on the Nasdaq despite a historic lack of natural resources, the answer lies in a culture of pure entrepreneurship. With the largest number of startups per capita in the world today, Israel is especially known for its leadership and innovation in the high-tech sector. However, as we learned from community leaders on the ground in Israel, only about 10% of Israeli citizens (known as “the periphery”) have been able to participate in that economic growth. As a result, there is a major economic divide (sound familiar, America?) with about 30% of the country living in poverty, including both Jews and Arabs. Thankfully, this reality has not been lost on some of Israel’s greatest leaders. I was privileged to meet a few of these amazing individuals, ranging from tech billionaires to social activists, who are dedicating their time and resources to solve this systemic problem. One of these individuals is Rony Zarom, Founder and Chairman of Unistream, a non-profit organization dedicated to empowering underprivileged youth through entrepreneurship. In addition to meeting Rony, we had the extraordinary experience of meeting some of the participants (and benefactors) of this program. These amazing kids delivered a startup presentation for an original concept that, I kid you not, would blow most grownup contestants on Shark Tank out of the water. Likewise, another incredible organization promoting entrepreneurship for social change is PresenTense Israel. In true startup fashion, PresenTense is an organization of many firsts. They are the first social venture accelerator in Israel, the first accelerator for Arab tech entrepreneurs, the first accelerator for ultra-Orthodox women, and the first accelerator for assistive technologies in the world. Thanks to them, the underserved Arab community of Jaffa in Tel Aviv has now benefited from 70% of their high school student population participating in entrepreneurship workshops. We had the distinct honor of meeting one of these inspirational young Arabic women, who currently lives in exile from Gaza. This brave leader, who I won’t name out of respect for her safety and anonymity, spoke about her experience working alongside Israelis and reflected on how working together can fix the numerous misperceptions that exist between communities. The talent, hard work, and bravery of these individuals left me with a renewed confidence in people’s ability to rise to the occasion when given the resources and the opportunity to thrive. I am so thankful for their leadership in building a bridge between communities and for demonstrating the power of transforming adversity into opportunity. 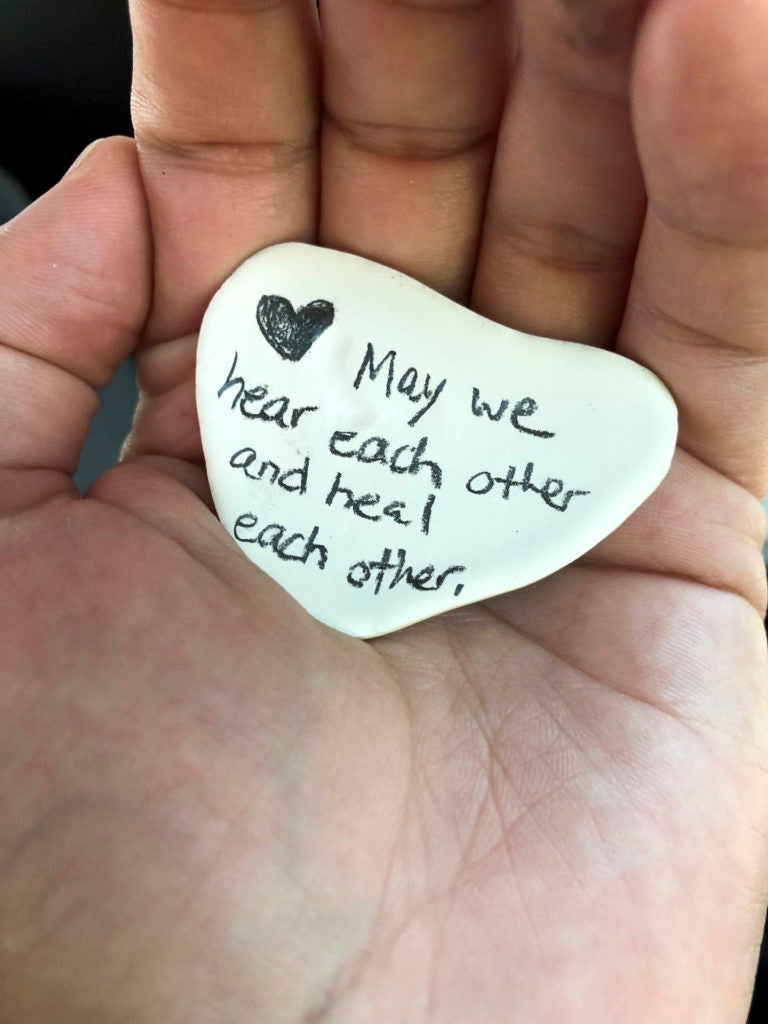 Lastly, I was absolutely blown away by the leadership of our amazing tour guides. In particular, I want to acknowledge someone whose impact on me and so many others during the trip has been especially meaningful. She is an example of someone who exudes leadership not only in her job but also in the way she carries herself as a human being. Her name is Shira Boso, and to say that she was my tour guide would be an understatement to the transcendent role she played in shaping our experience. This is a woman who spent countless hours leading us through an often physically and emotionally challenging journey. The sweat and the tears we shed along the way could literally fill buckets, and if you’ve never tried to talk over a large group of boisterous Jews, it is quite possibly harder than solving the Middle East crisis. I can say without hyperbole that she is like the equivalent of a modern-day Moses. Not only that, but she did it all with the most unstoppable smile and a positive energy that could light up the world. What she and all our guides gave to us embodies one of the most important aspects of leadership in my opinion: open arms and an open heart. By sharing her home with us and letting us see for ourselves everything inside it — the good, the bad, and everything in between — she bore not only her soul but the soul of Israel itself. It’s an indescribable thing when a person bares their soul to others. It is impervious to all politics, lies, agendas, media spin, or anything else. When a person bares their soul, you see nothing but truth and love, and it has a special way of bringing out the same in others. This intangible human connection happens all around us, and yet it cannot be quantified or measured. You won’t find it in the slides of a PowerPoint presentation. You won’t find it bouncing off the walls in a congressional debate or hoisted atop the battlefield when a war is won. Some might call it God; others might call it Love, or The Universe, or simply a chemical reaction in the brain. Whatever you want to call that thing, if we’re willing to be so generous and so vulnerable as these leaders — to reveal the essence of our humanity to strangers — I have no doubt we can lead each other to a better future.

As I return now to my own community here in Los Angeles, I am challenged to ask myself, “What can I do to have a more positive impact on the world around me?” I invite you to join me in exploring this question, and I hope we can work together to transform our adversity into true leadership.

Jordan Davidovitz is a social entrepreneur and personal development coach based out of Los Angeles. After exiting a career in Hollywood to focus on building philanthropic and social enterprises, Jordan founded a coaching service for millennials experiencing academic and life challenges. He has since personally coached dozens of students and young adults to actualize their potential and hopes to scale that business to provide similar services in underserved communities. Jordan is also involved in several nonprofits and always interested in developing new projects to help serve the community. Overall, Jordan’s mission is to empower people to turn obstacles into opportunities and bring communities together to build a happier, healthier society.

To learn more about CLI, email CLI@JewishLA.org or visit www.yaJewishLA.org/cli.