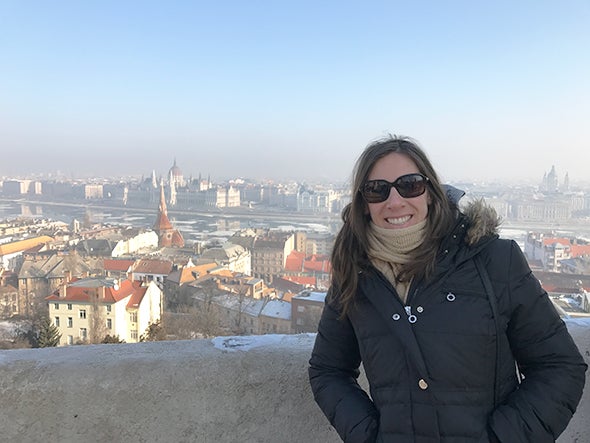 Shira Feinstein, FILL Fellow and Federation’s Senior Development Director of Strategic Philanthropy, shares with us the impact of the FILL Fellowship program and her experience abroad.

When was the first moment you knew you were Jewish? Was it grabbing the biggest piece of challah on Shabbat? Fighting with your cousins to stumble through the Four Questions on Passover? Complaining about gefilte fish? Watching your home fill with light as you added more candles over Chanukah? Putting coins in a tzedakah box?

What if you never had those moments? What if no one ever told you that you were Jewish?

I recently returned from a leadership mission to Budapest with eight other Federation professionals, where we met with Jewish young adults, most of whom only discovered as teenagers that they were Jewish. 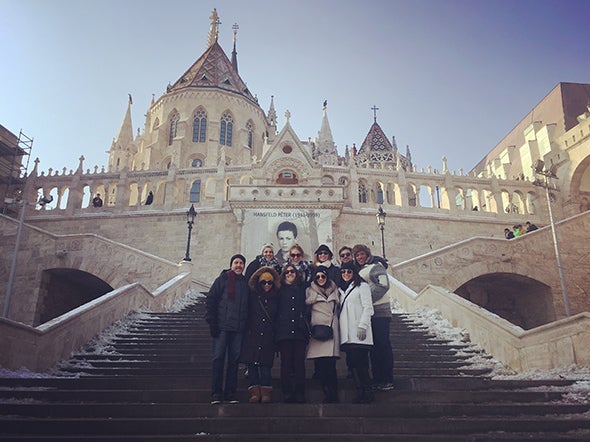 Anna was leafing through an old family photo album when she saw a picture of her great-grandfather holding a strange candelabra — one that had space for 9 candles. “What’s this?” she asked her parents. “No idea,” they responded.

That answer wasn’t enough for twelve-year-old Anna. One forgotten picture inspired an entire journey. After Anna learned that the strange “candelabra” was actually a chanukiah and that her family was Jewish, she delved into her family’s heritage. As a pre-teen, she took public transportation two hours each way at least twice a week to meet with a rabbi and explore her family’s religion. She fell in love with Judaism. She became a bat mitzvah, joined a Jewish youth group, and became a counselor at Szarvas, a Jewish summer camp in Budapest (and partner of The Jewish Federation). Anna found a meaningful and supportive Jewish community.

Anna went on to earn a B.A. in Jewish Studies. Today, she teaches Judaic Studies in public schools in Budapest, works for the Maccabi Games, and runs a Jewish after-school program at the JCC in Budapest (also a Jewish Federation partner). Through these programs, she encounters parents who enroll their children without telling them that they are Jewish. She feels a kinship with these children as she shares all that she has learned about our enduring religion and culture and hopes that they pass their pride back to their parents.

She told us her story during dinner at a restaurant overlooking the Danube River, where her ancestors were murdered during the Holocaust. Her family, along with many others, chose to hide their true identity to protect their progeny from any future atrocities, but Anna is proud to be a vocal Jewish leader despite rising anti-Semitism in Hungary.

They say a picture is worth a thousand words. This one was worth many more than that.

Another inspirational story that struck a chord was that of Balint’s. After Balint’s parents went through a difficult divorce when he was 16, Balint’s mother found solace in the religion of her childhood — Judaism. Coming from a frequent church-going family, Balint was stunned to learn that he too was Jewish. This sparked his own Jewish curiosity, leading him to join his mother at synagogue and, in college, participate in a Birthright trip to Israel. 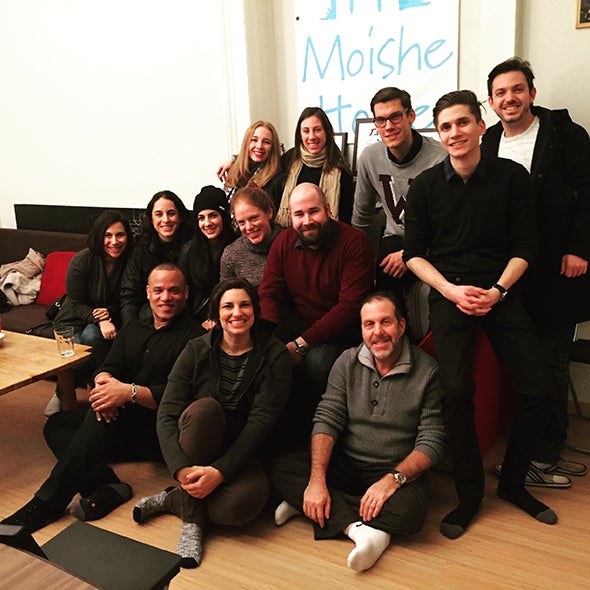 Balint was a regular at Moishe House programs for nearly two years and, about six months ago, he was asked to become a resident. He loves having the opportunity to learn more about Judaism while planning meaningful programs to engage his peers, many of whom are also exploring Judaism for the first time as young adults.

Some of my earliest memories were infused with Judaism — fashioning paper chains for the synagogue sukkah, racing for the grape juice at Hebrew school, squirming in my seat during Rosh Hashana services, and wearing white on Shabbat at Jewish summer camp.

I am grateful that I grew up in a city where my family felt safe instilling Judaism in me from an early age, and I am proud that The Jewish Federation of Greater Los Angeles provides diverse, inclusive access points to Jewish life for those discovering their Jewish identity — here in L.A. and all over the world.